“While the global consumer confidence index has been largely unchanged over the past several quarters, beneath that we see a fair amount of variation in the confidence of individual countries,” said Louise Keely, senior vice president, Nielsen, and president, The Demand Institute. “While 11 countries out of 61 saw their confidence increase five or more points relative to a year ago, 21 saw confidence fall five or more points compared to the first quarter of 2015. There is no one cause for these shifts in confidence; the reasons are market-specific. In many oil-exporting countries, confidence is down relative to a year ago as oil prices fell—even though oil prices have increased slightly in early 2016. At the same time, in some European markets such as Spain and Portugal confidence is up markedly from a year ago, as unemployment rates have fallen and consumer price inflation has not yet picked up.”

In the world’s largest economy, the U.S. consumer confidence score of 110 remained at or above the optimism baseline for nine consecutive quarters. More than of half of U.S respondents were confident that personal finances (68%), immediate spending intentions (56%), and job prospects (52%) would be good or excellent in the next 12 months.

“The U.S. economy continues to be driven by consumers,” said Keely. “Enough jobs are being added that unemployment is falling, the participation rate is finally rising, and wage growth is sound. U.S. consumer sentiment is consistent with recent spending growth and a robust housing market that result from stronger labor markets. Still, confidence is subject to influence by overall political and economic volatility that Americans experience—for instance the U.S. presidential election cycle, global economic uncertainty as well as recent terrorism concerns. We continue to watch the American confidence closely.”

Meanwhile, among key European markets, confidence declined four points in the U.K. (97) and one point in Germany (97) from the previous quarter, as the outlook for jobs in the next 12 months worsened in both countries. Job prospect sentiment declined four percentage points in the U.K. (41%) and three percentage points in Germany (52%).  In France, confidence declined 10 points to 64, and in Italy, it declined two points to 59, as job prospect sentiment deteriorated. In both countries, only 12% said job prospects were good or excellent —a decline of 10 percentage points in France and six percentage points in Italy from the previous quarter. This occurred despite particularly strong GDP growth in France in the first quarter of 2016. Other advanced markets in the region have bucked the downward trend. Confidence scores in Spain (74) and Portugal (71) remained at low levels, but they continued to make steady strides toward recovery, as two of the more recession-battered Eurozone nations increased two and five points, respectively, from the previous quarter.

“Terrorism concerns weighed heavily for many in Europe and may be depressing consumer confidence along with concerns about a possible Brexit, despite the strong European GDP growth in the first quarter of 2016,” said Keely. “The percentage expressing concern rose to new highs in France (35%), Germany (32%), and Italy (22%). In the U.K., terrorism was a concern for 22% of respondents, a decline of 10 percentage points from the previous quarter. These levels of concerns are recent phenomena related to political events in Europe. They are subject to some volatility quarter to quarter, and we will monitor whether they persist.”

India (with an index of 134) and Indonesia (117) are bright spots among Asian growth markets with confidence up three and two points respectively from the previous quarter. All three confidence indicators increased from the previous quarter in both countries with job sentiment, personal finances and immediate spending intentions at consistently high levels. The Philippines (119) and Vietnam (109) are other positive growth stories among emerging markets in the region, as consistently high consumer confidence scores continued to edge up by two and one percentage, respectively, in the first quarter.

In the Middle East, where countries are heavily reliant on oil production, consumer confidence showed a downward trend, as well. In particular, confidence in the United Arab Emirates (UAE, at 104) and Saudi Arabia (104) remained above the optimism baseline, but declined four and two points, respectively, from the previous quarter. A favorable job outlook for the next 12 months declined eight percentage points in each country, dropping to 51% in the UAE—the lowest level since 2010 and to 48% in Saudi Arabia (the lowest level since 2013).

Confidence also declined seven points in South Africa to 75—a new low for the country in Nielsen’s 11-year consumer-confidence history. Of the three sub-Saharan African countries measured by Nielsen using a mobile survey methodology (Nigeria, Kenya, and Ghana), Nigeria’s consumer confidence score (120) continued to rank highest, despite a seven-point decrease in the first quarter. In Kenya, consumer confidence increased five points (to 108), and Ghana’s confidence score (104) was unchanged from the previous quarter.

*Belarus and Kazakhstan are two markets added to the Nielsen Global Survey in the first quarter of 2016, bringing the total number of countries measured in the online survey to 63.

About the Nielsen global survey

The Nielsen Global Survey of Consumer Confidence and Spending Intentions was conducted March 1–23, 2016, and polled more than 30,000 online consumers in 63 countries throughout Asia-Pacific, Europe, Latin America, the Middle East/Africa and North America. The sample includes Internet users who agreed to participate in this survey and has quotas based on age and sex for each country. It is weighted to be representative of Internet consumers by country. Because the sample is based on those who agreed to participate, no estimates of theoretical sampling error can be calculated. However, a probability sample of equivalent size would have a margin of error of ±0.6% at the global level. This Nielsen survey is based only on the behavior of respondents with online access. Internet penetration rates vary by country. Nielsen uses a minimum reporting standard of 60% Internet penetration or an online population of 10 million for survey inclusion. The China Consumer Confidence Index is compiled from a separate mixed methodology survey among 3,500 respondents in China. The sub-Saharan African countries in this study are compiled from a separate mobile methodology survey among 1,600 respondents in Ghana, Kenya and Nigeria. The Nielsen Global Survey, which includes the Global Consumer Confidence Index, was established in 2005.

Nielsen Holdings plc (NYSE: NLSN) is a global performance management company that provides a comprehensive understanding of what consumers watch and buy. Nielsen’s Watch segment provides media and advertising clients with Total Audience measurement services for all devices on which content — video, audio and text — is consumed. The Buy segment offers consumer packaged goods manufacturers and retailers the industry’s only global view of retail performance measurement. By integrating information from its Watch and Buy segments and other data sources, Nielsen also provides its clients with analytics that help improve performance.  Nielsen, an S&P 500 company, has operations in over 100 countries, covering more than 90% of the world’s population. For more information, visit www.nielsen.com. 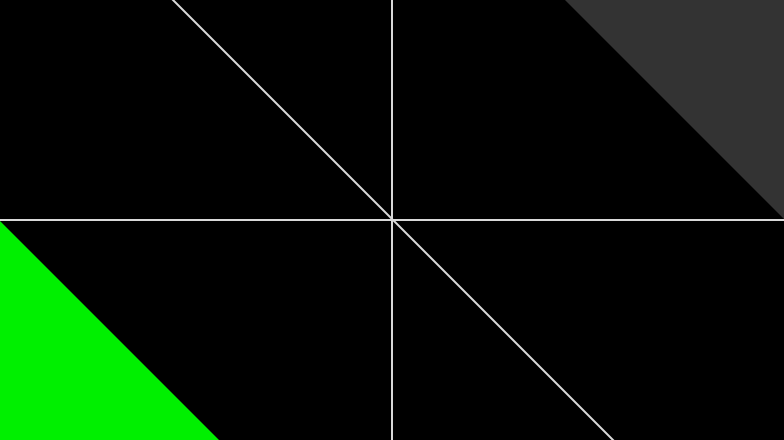